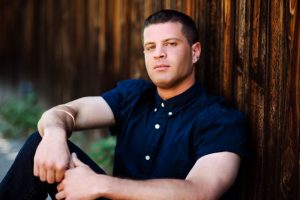 After years of what his parents called “the diagnosis of the month club,” Dylan was diagnosed with High Functioning Autism at the age of eight. Life has been a minefield of obstacles for Dylan. When he was little, he struggled with learning the rules and following directions that did not make sense to him. As he got older, he was challenged, especially socially, by a world that seemed extremely confusing to him, with a disability that to most was invisible. Even today, Dylan works hard to figure out what he needs to do in order to get through each day as a 27-year-old adult with autism in our fast-paced and often unforgiving society.

Dylan graduated from Sedgefield High School in 2010 and is currently pursuing his goal of making it in the entertainment industry. He has a YouTube channel under his stage name “Real Dielawn” where viewers are treated on a daily basis to a look inside his one-of-a-kind mind. Dylan has also been a regular on SiriusXM’s “Dirty Pop Live” hosted by Lance Bass, heard formerly on OutQ Channel 106 and RadioAndy Channel 102. He has hosted his own radio show, “Ridin with Dielawn” which aired Saturday nights in Portland, Maine on WLOB 100.5-FM and via his podcast.

Dylan has been enjoying his experiences speaking about his life and the book he wrote with his father.  His presentations to thousands of people from coast to coast have been overwhelmingly well-received. He hopes his work helping his father write Chasing the Rabbit: A Dad’s Life Raising a Son on the Autism Spectrum and his new book, Bad Choices Make Good Stories: My Life with Autism, will help families as they navigate through the difficulties of living life on the spectrum.  He currently resides in Los Angeles, CA.